Hejing Shengshi Group's 8th Anniversary Ceremony has come to a successful conclusion. Come see who is the strongest king

From 2011 to 2019, Hejing Group experienced 8 years of ups and downs and witnessed countless growth and miracles. The establishment of Hejing Group has spread its development footprint to 33 core cities across the country. Every step we have taken They are practical and firm. Looking back on the past eight years, there are the sadness of overcoming the difficulties, the joy of gaining achievements, the tears of joy, and of course the feeling of moving forward hand in hand and moving side by side. What kind of story is this? In this autumn, September is full of joy, listen to the people of the scene to speak for you! 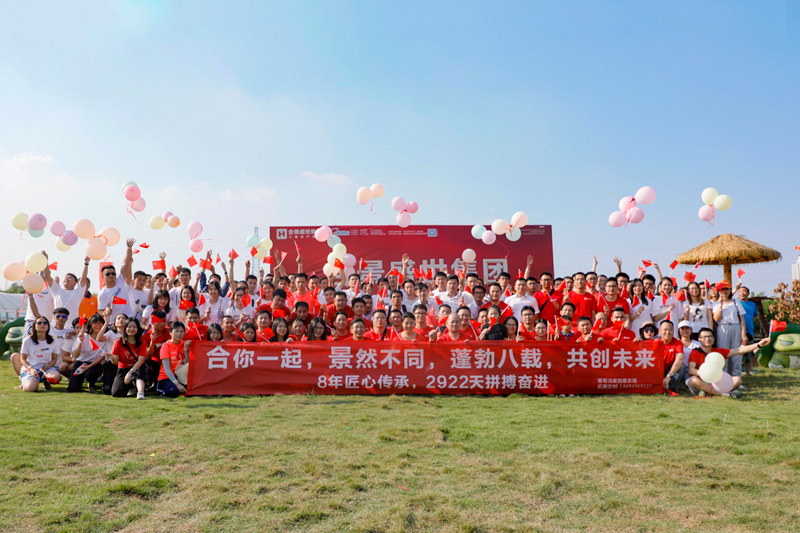 每个人手举小红旗共同为中华人民共和国成立70周年献礼，大家合照后，各队队员此刻早已摩拳擦掌，一场龙争虎斗即将开始！ The Grand View Group held a grand anniversary celebration. A total of more than 100 people participated in the event. With the learning of the cool breeze, on this sunny day, the celebration opened with the cheers of the entire scene. As a starter of the anniversary celebration, a song called "The Sightseeing Man" is exciting. Everyone in the Sightseeing family raised a small red flag in hand to celebrate the 70th anniversary of the founding of the People's Republic of China. About to start!

At 3:30 in the afternoon, the annual event of Hejing was officially launched. The whole is divided into two teams, which will soon start a "death and death" challenge to the limit.

Contest items include: “Peak Swing Bridge”, which emphasizes teamwork and coordination, and is more fun than “cruel” “Water Polo Battle”, which is more fun and difficult, but “difficult to find the fish”.

The heroic team members were fighting on the court with enthusiasm, and the audience was not idle. They were even more excited than the athletes. The cheers and screams continued.

Perform PK in two teams. Cross the swing bridge safely without touching the balloon with your hand. The team with the least time will win. The competition in this session especially tests the tacit understanding between the teams. It should not be too aggressive or too conservative. It is necessary to always keep the team owners coordinated. If you are not careful, you will fall into the water. 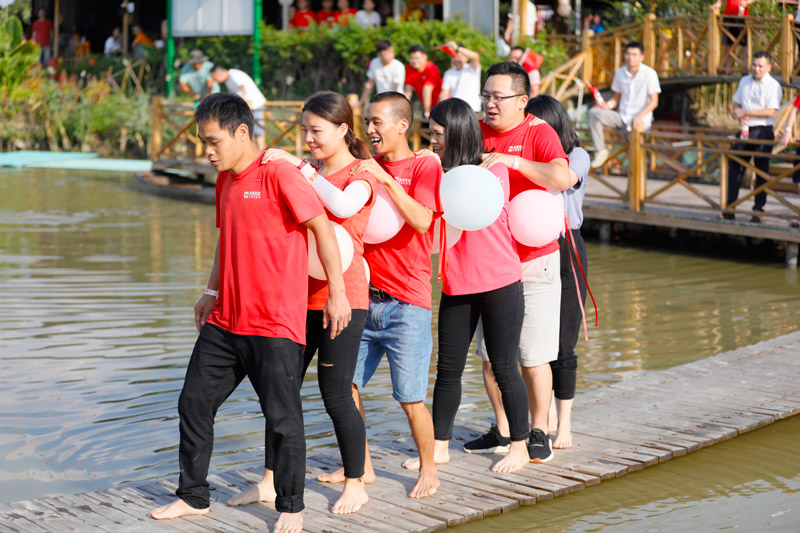 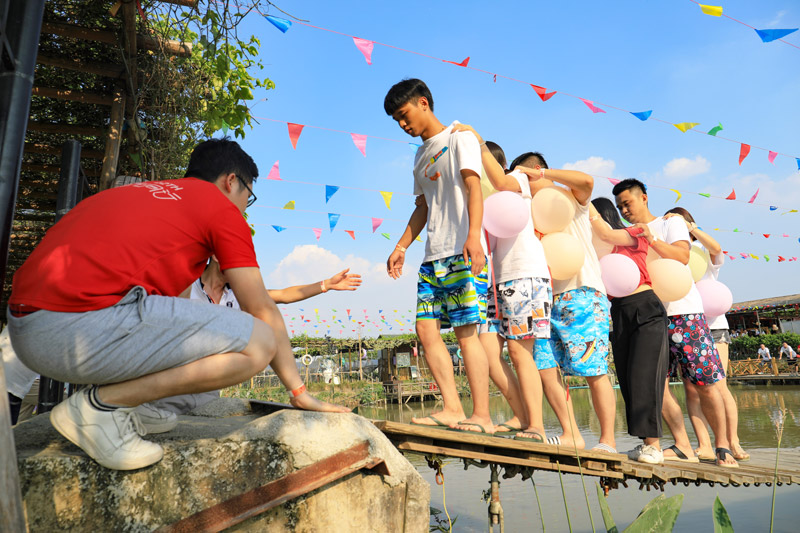 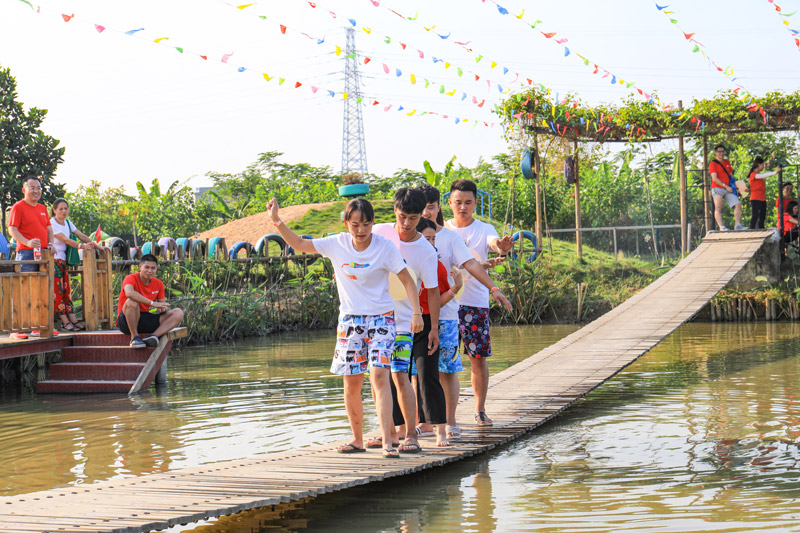 Everyone is working together, shouting a neat slogan, thinking about one place, working hard at one place, even if they are struggling and working step by step, they may be funny and stubborn, but everyone holds the spirit of "one person in the team cannot be less" Moving forward steadily, the moment I reached the end, my heart was full of the happiness of victory.

The game is divided into two camps, and all the great gods have entered the scene one after another. With the order of the host, the ready friends quickly picked up water balls filled with water to throw at each other. On weekdays, some of them were design experts and some were Senior engineers, some of whom are business elites, have all turned into sports masters today. On the green grass, the water splashes and the fire is full, the friendship boat turns over when it is turned, and the water polo in its hand is smashed. The little friends are in " "Guo Lin Bo Yu" flees everywhere, can't tell whether the enemy or friendly, but only hear a laugh and scream. 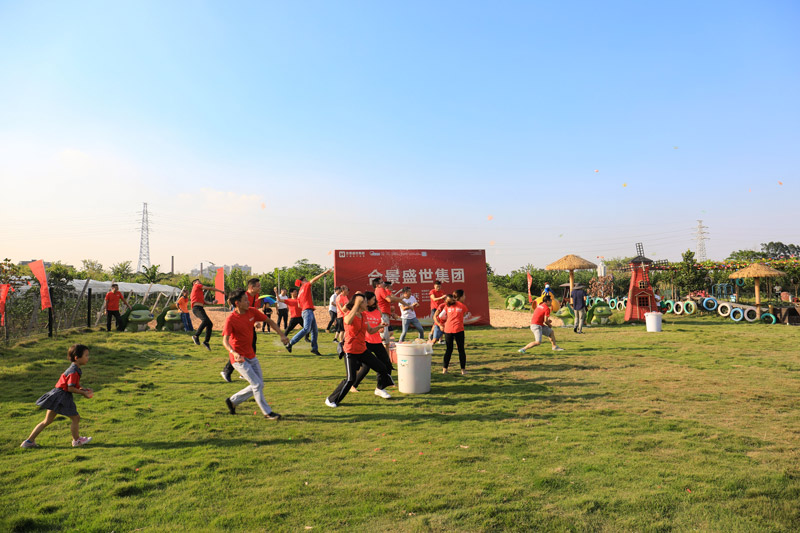 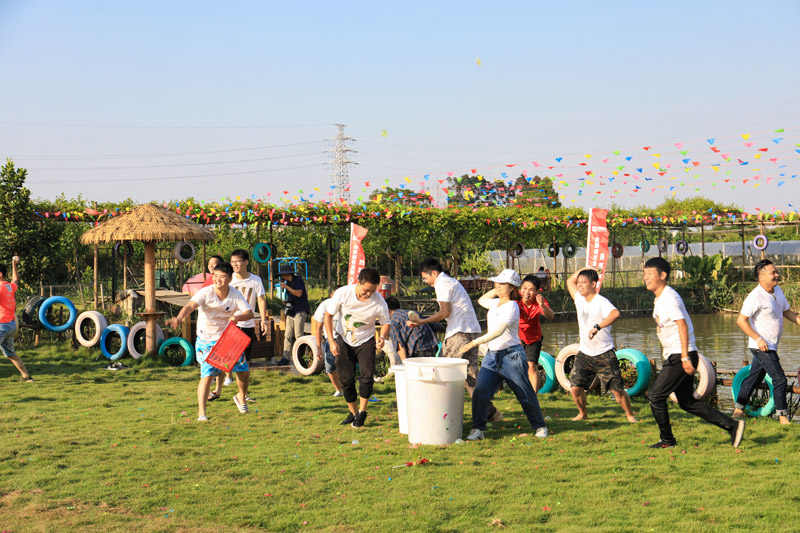 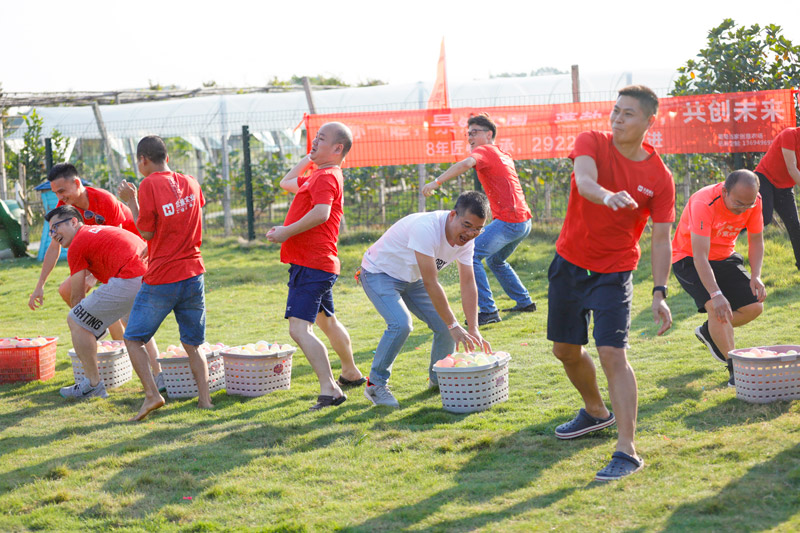 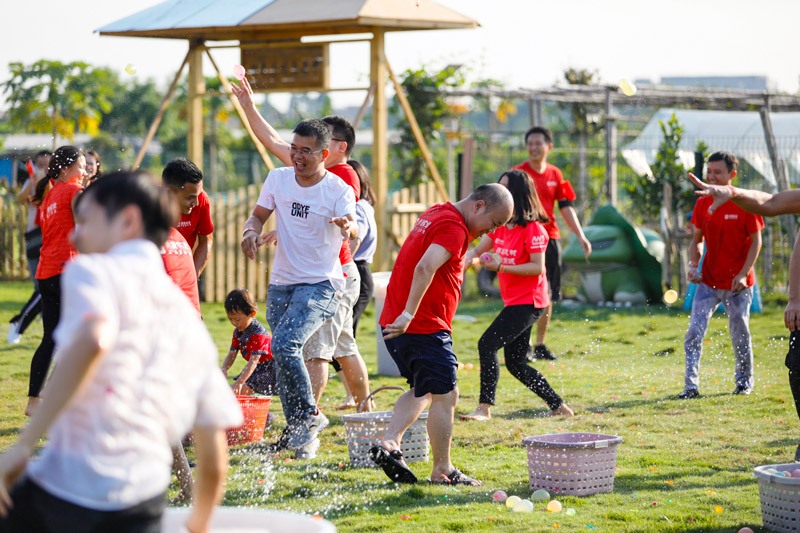 After the battle, everyone was soaked with laughter, even though their clothes were soaked. They wiped out fatigue and stress. Nearly a hundred people lived up to the scene and used speed to present themselves as younger and better.

The third round "finding fish in muddy waters"

The fish-catch team used the rug-searching tactics to work together to make a concerted attack. The jumping fish swarmed around the pool. The teammates on the shore or watched or directed, after a fierce "mermaid game", one or two ... All in one's pocket, the high-tech "live work" of catching fish by hand was deduced into a variety of different versions, causing everyone to laugh. 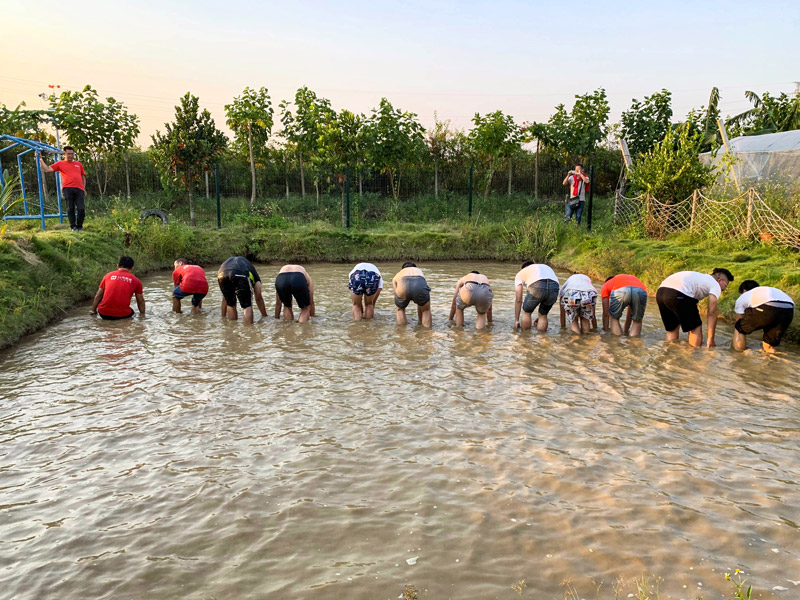 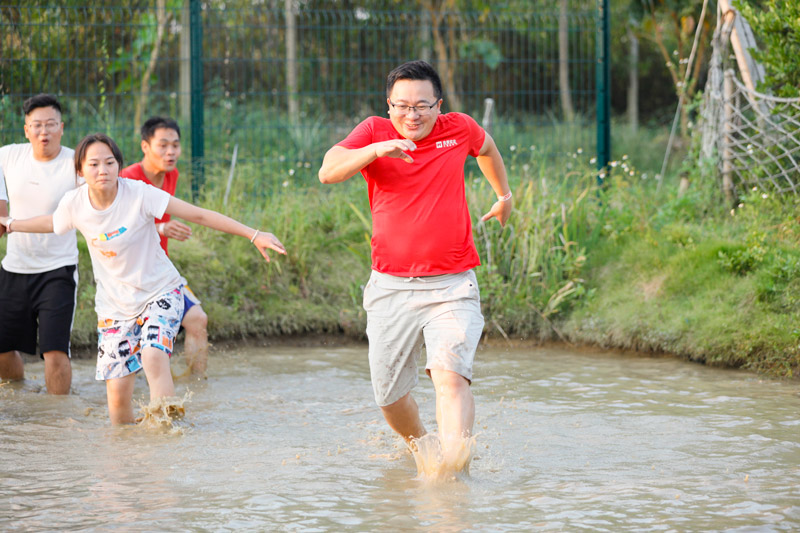 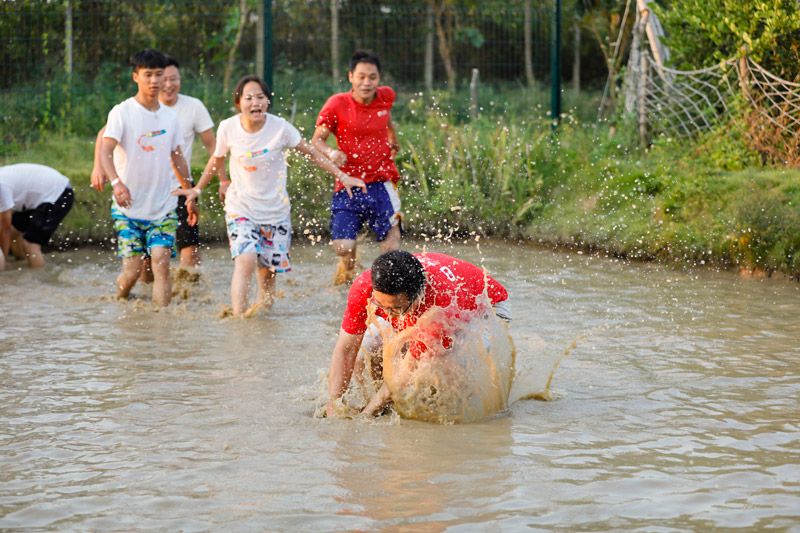 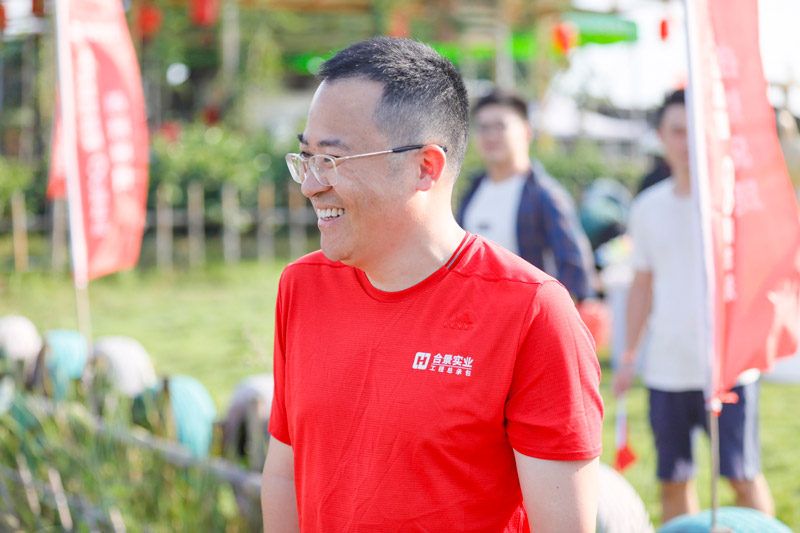 After the event, the chairman of the group, Mr. Zhu, delivered a speech. First of all, Mr. Zhu expressed his warm congratulations on the eighth anniversary of the founding of the group. Then, he reviewed the history of the eight years of the Hejing Group and its brilliant achievements. After 8 years of wind and rain, 8 years is not long for a company, but it is precisely because of the efforts of each partner that today's Hejing Group is formed. The future of Hejing Group has everyone together With colleagues, will definitely be more exciting! 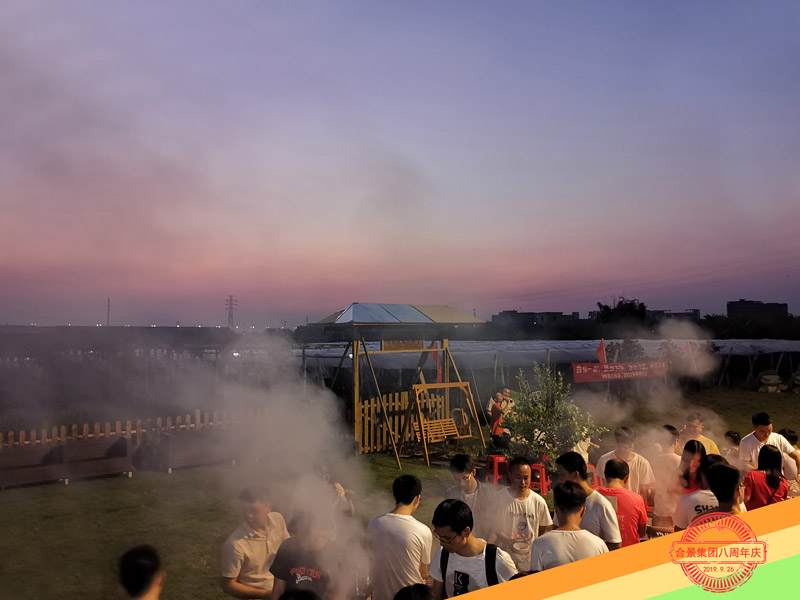 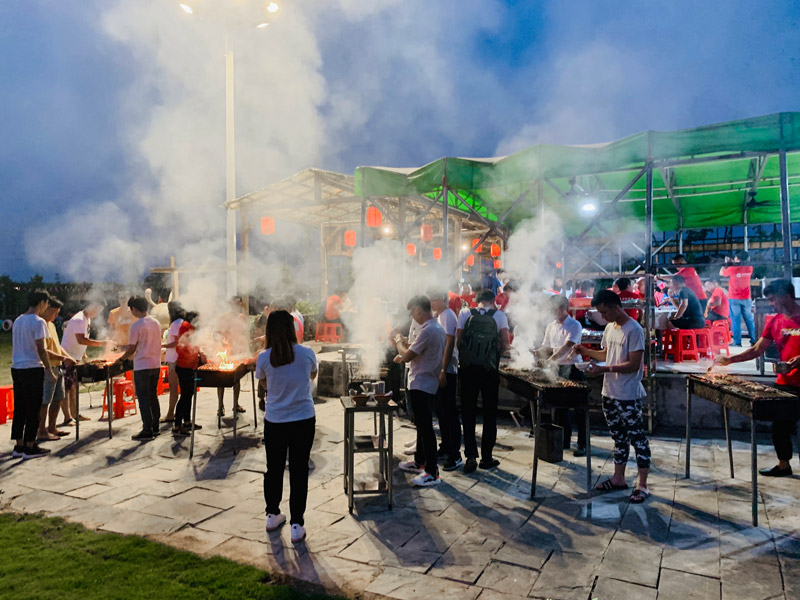 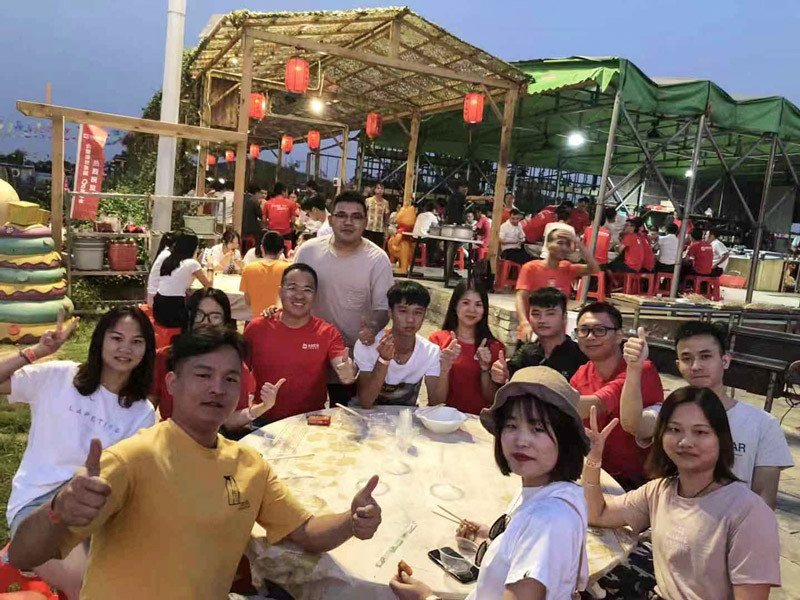 After an afternoon of PK campaign, our 8th anniversary special dinner was officially kicked off by the diners! Play well + eat well, this is our only task. Our friends happily happily, clinking glasses, thank you for every struggle day!

With you in the future, go all the way, pay tribute to dreams

8 years of wind and rain, spring and autumn, this anniversary celebration is a great demonstration of the spiritual and civilized style of the Hejing people, as well as a parade to the united struggle of the Hejing Group. Following the principle of "friendship first, competition second", the players fought hard on the court, shook hands and laughed off the court, and presented a civilized, enthusiastic, wonderful and successful sports event, which fully demonstrated the passion of the teammates. , Positive spirit, hard work, unity and cooperation.

"Hejing people never stop walking as an ideal. He learns to help each other in the difficult adversity. He persists and develops in the wave of the era of Hejing people, and strives to share in unity. We firmly believe that what we have done today will make Hejing people brilliant tomorrow. . "A jingjing person sings the history of the jingjing group in the past eight years. It has cast the brilliance of the jingjing group and has achieved the extraordinaryness of the jingjing group. I believe that in the future, Hejing will become more and more brave. On the way forward, our dream of becoming the first choice of world engineering contractors will never waver. On the 9th, 10th, 20th, and 30th anniversary, Hi as always!

Feeling the pain and joy of grinding together

And happy energy passed on

May you always be hopeful

May you pursue your dreams bravely